Welcome to the compilation of the best phones available today in 2020. These are the absolute best smartphones you can buy, across many different price shelves to suit every budget, as well as on both iPhone and Android platforms. Be under no illusion, there is no filler here, just high-end mobile phones from the world's best manufacturers.

Reviewing and rating the best phones on the market is what we specialize in, and here we have a really solid selection of devices. From the amazing Apple iPhone 11 Pro and Samsung Galaxy S10 Plus, to the incredibly fast OnePlus 7T Pro or the Google Pixel 4 and Huawei P30 Pro. These really are the best mobile phones that are available on the market. Check out Huawei phone reviews.

To be very clear, we've mainly focused on 4G phones in this guide. However, if you live in an area that already has 5G coverage, look forward to our next article.

Take a look below and we guarantee you'll find the best phone for your needs, and we'll start with the best smartphone currently available....

THESE ARE THE TOP 10 BEST SMARTPHONES AVAILABLE TODAY 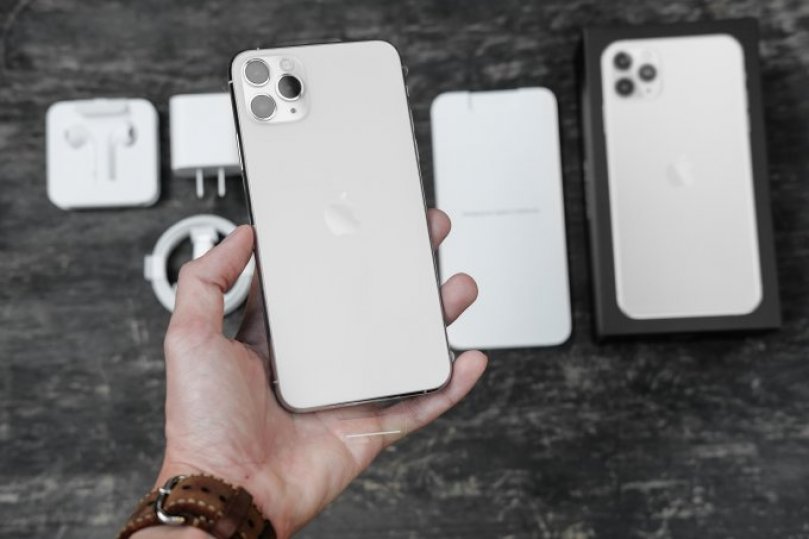 The best smartphone money can buy

Let's cut to the chase: The Apple iPhone 11 Pro is the best smartphone you can buy for the money.

It's also the most advanced iPhone Apple has ever released, powered by the all-new A13 Bionic processor. Pair that with a bigger battery and some smartphone power optimization baked into iOS 13 itself, and you've got an iPhone that can last all day without plugging in - and with heavy use. Be frugal with your device, and you can easily squeeze two days out of it.

But the headline act is the triple camera. The third sensor is a wide-angle lens, providing a 120-degree field of view, which is ideal for landscapes. The other two are largely unchanged, with two small but impressive updates - the telephoto lens now has a wider aperture, allowing 40% more light, and the wide-angle sensor now has 100% pixel focusing, which basically means it's better in low light.

Mix all that together and throw in an LED screen for good measure, and you've got a versatile smartphone that can handle whatever task you throw at it without stopping to take just one breath. However, that doesn't mean it's without its fair share of faults - the biggest one being the lack of 5G support. Although, that's not as big a deal as you might think.

5G is still a long way from becoming a national standard. In fact, it's only available in a few cities across the country at the moment, and even then, only in really small areas inside. Even if the iPhone 11 Pro supports 5G, you probably won't be able to use it. And let's not forget that 5G tariffs are about as expensive as it gets, so the fact that it doesn't work with the network actually brings the price down.

The Apple iPhone 11 Pro also comes with an 18W charger for fast charging.

The fact is that it doesn't get any better than the Apple iPhone 11 Pro right now, and for anyone looking to upgrade their phone now, its quality makes it one of the first devices to consider. 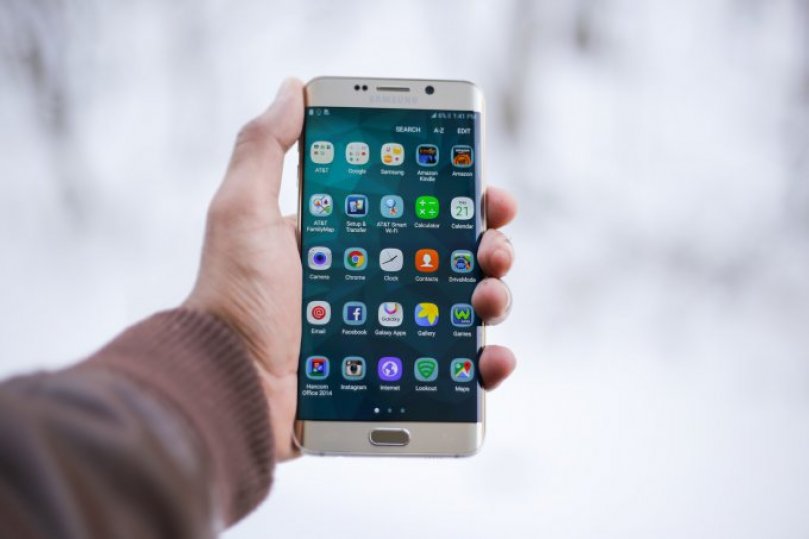 In short, the best Android phone in the world

If you're looking for the absolute best Android phone on the market today, then look no further than the Samsung Galaxy S10 Plus.

Not only is it the fastest, most feature-packed and polished Galaxy smartphone that Samsung has ever launched, but it also does something truly different than the iPhone and other competing flagship phones. While competitors have rushed to clone the notched screen design that first gained notoriety with the iPhone X, Samsung has taken a radically different approach with its Infinity-O design.

Admittedly, the Infinity-O design isn't the prettiest thing to leave Samsung's R&D lab, and it certainly takes some getting used to. However, it has allowed Samsung to equip the S10 Plus with a generous 6.4-inch AMOLED panel - that's the same size as the Galaxy Note 9 - while reducing the physical size of the smartphone compared to the Galaxy S9 Plus, which has a 6.2-inch screen.

Elsewhere, Samsung has included dual front-facing cameras so you can take Live Focus photos full of artificial bokeh-style blur. There are also some fun new depth effects on the Galaxy S10, including the ability to rotate the grayscale of the background to make the subject of the image really pop. You can also shoot them with the triple camera on the back of the handset.

The rear-mounted camera also boasts an ultra-wide viewing angle for incredibly dramatic shots. It also has less of the unsightly distortion we've seen in the past with competing ultra-wide-angle cameras.

Finally, the new One UI operating system, which is based on Android Pie, is infinitely better than anything from the likes of Huawei, LG or Sony. One UI was designed from the ground up to acknowledge that while we all want massive screens on our phones, massive smartphones are really annoying to use, especially with one hand while squeezing through public transport during your morning commute. To solve this headache, One UI changes all the UI elements that you will actually have to touch in the bottom third of the touchscreen, where they are within easy reach.

The Galaxy S10 Plus isn't perfect. There are some genuinely new photo modes, the Infinity-O notch is a little unsightly, and it can cost up to £1,399 for a maxed-out model with 12GB of RAM and 1TB of built-in storage.

However, these are small things that don't stop this from becoming our new go-to recommendation for anyone who wants the best phone on the market. 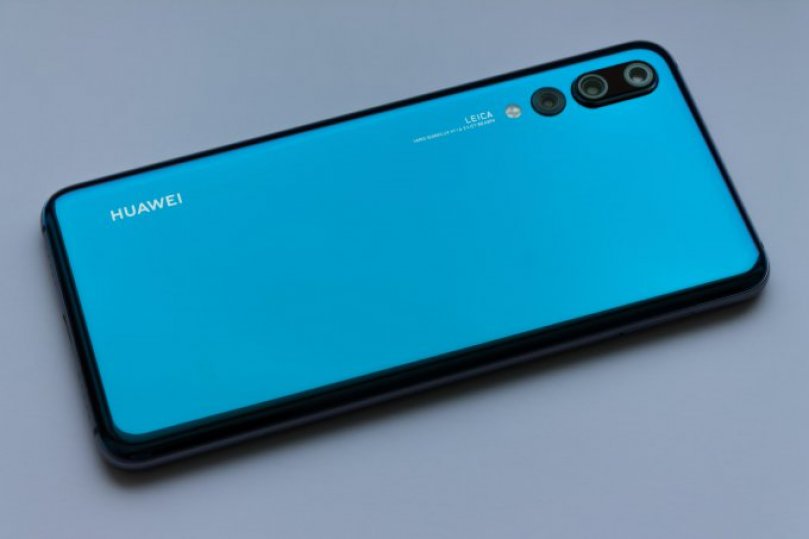 A great Android phone with a jaw-dropping camera system.

If you're a photography enthusiast and prefer the Android ecosystem to the iPhone then, traditionally, we'd steer you towards the Google Pixel family of phones, specifically the latest and greatest Pixel 3 XL, as these devices have become known for their excellent camera systems.

Now, however, while the Google Pixel 3 XL is still an excellent phone, the Huawei P30 Pro and its overtly good four-camera system has come along and largely stolen its thunder. Indeed, we said in our P30 Pro review that "the phenomenal 5x optical zoom and 10x hybrid zoom are unlike anything we've used before and allow you to take photos that you simply wouldn't be able to get with any other smartphone."

That doesn't say anything about the phone's impressive night mode photography or its sharp, colorful photos with little noise.

There's more to the P30 Pro than just photography, with a large 6.47-inch screen, a fast Kirin 980 central processor, and a long-lasting 4,200mAh battery for a fully rounded flagship experience.

Some aspects of the device may not compete with some of the other high-end phones in our best phones 2020 guide, such as the higher screen resolution on the Mate 20 Pro, the better user interface and screen vibrancy on the Samsung Galaxy S10, or the out-and-out brand desirability and ease of use of the iPhone XS range.

However, for many users, a package of high-quality hardware, a great camera system, and a host of high-end features like a fast on-screen fingerprint scanner and wireless back-end charging are enough to make a device work. 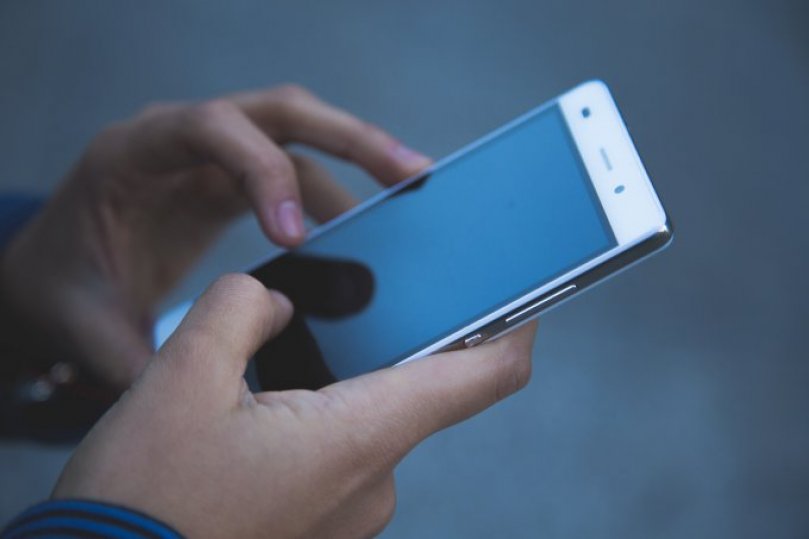 This is one of the best looking, best performing phones we've seen this year, no doubt about it - from the pop-up selfie camera to the fantastic 6.67-inch screen, the OnePlus 7T Pro exudes quality.

A special mention of the OxygenOS software that OnePlus is putting on its phones: it contains some really good ideas, and in some ways improves on the stock Android that Google provides. Spend a few hours using it, and you'll see what I mean.

Other flagship phones may outperform the OnePlus 7T Pro in the camera department, but OnePlus keeps improving in this area, and there's no doubt that the triple-lens rear camera on the back of this phone is OnePlus' best mobile camera.

The only major downside is that it's not a major update over the OnePlus 7 Pro that preceded it, but we can't be too concerned about that. We are very much looking forward to what the OnePlus 8 will bring us. 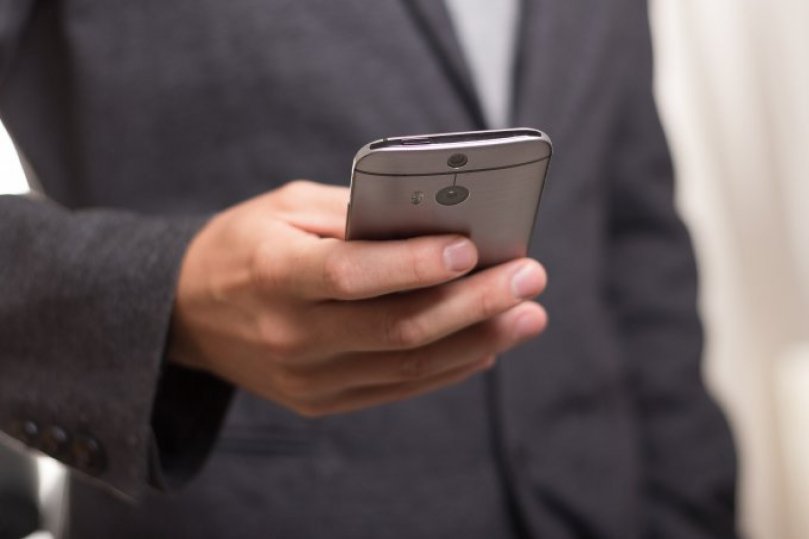 The best phone with a digital stylus feature

With its absolutely stunning 6.3-inch Super AMOLED screen, powerful internal hardware package and advanced S Pen digital stylus, the Note 10 is undeniably one of the best Android phones available today. There's no area where it doesn't hit hard, and despite lacking a few features of the larger Galaxy Note 10 Plus, it's a model worth falling back on for its more reasonable price point and reasonable dimensions.

The new S Pen with 10-hour battery life and air gestures also remains a unique, unparalleled accessory, making the Note a unique proposition in the market. It's a hyper flagship that goes from productivity powerhouse to essential creative tool in seconds.Things that might make you look at the Note 10 Plus over this phone are the former's 5G variant, which allows the owner to connect to the super-fast new network connections available in most major UK cities, its humongous 6.8-inch AMOLED screen and a slightly better camera system that comes with a time-of-flight sensor.

The more compact design of the Galaxy Note 10 just feels right, the smaller footprint is infinitely more manageable and enjoyable. It's also cheaper by a lot, and delivers 90-95 percent of the functionality of the larger phone, so for our money, the Note 10 is the model to choose, and especially so if you live in an area where 5G isn't a thing.