Amazon is bringing its "Just Walk Out" retail concept to the grocery store. How do you like the fresh apples on offer?

The Amazon Go Grocery Store, which opened Tuesday in downtown Seattle, allows shoppers to buy groceries without having to go through a cash register or even swipe a card.

This "just walk out" technology, as Amazon has dubbed it, first appeared in 2016 with the launch of Amazon Go, a cashless store for fast-moving items like snacks, drinks and prepared meals. Amazon has set up 25 of these Go stores in metro stations in the US, but now the retailer wants to bring the concept closer to the "suburbs". That means new products like fresh produce, bread and baked goods, meat and liquor - things you would buy at your weekly grocery store.

The core technology behind Amazon Go hasn't changed with the introduction of the food concept. Cameras in the ceiling work with sensors under the shelves to track shoppers as they move through the store and detect when items are taken off the shelves. As soon as an item is removed, it is placed in a virtual shopping cart and the shopper can leave without going through a traditional checkout - the invoice is paid by credit card through the Go app. 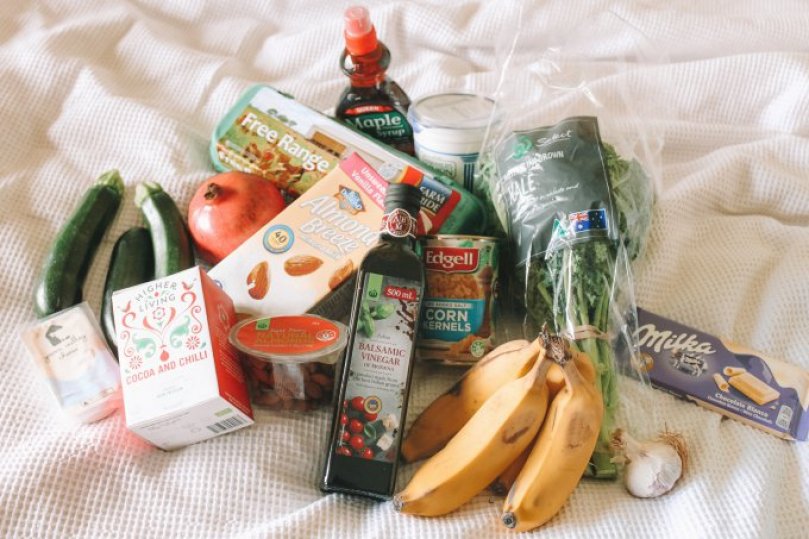 But while the concept is similar, things have changed with the addition of fresh produce. Amazon says it had to update the machine learning process that drives its system to account for things like multiple customers grabbing different fresh foods or refrigerator doors that fog up when opened.

We looked around Seattle before opening, and overall, it felt like a suburban grocery store, with a mix of pre-packaged goods and fresh produce - all in 7,700 square feet.

Products are sold by the package or by the piece (like avocados at $1.19), so there's no weighing to confuse the process. But on the way out, the system found that I'd only taken one tomato (not the three or four I'd picked during the freshness check) along with a handful of other foods.

It's not yet clear if the concept will be rolled out in other cities - Amazon representatives were very secretive about plans to introduce it during our brief visit to the stores. According to Bloomberg reports, prior to Amazon Go's 2018 launch, sources close to the company said Amazon plans to open 3,000 Go stores by 2021. Amazon declined to comment on this figure ahead of the launch of Go Grocery.

According to Amazon, the Seattle store is also a different concept than the grocery store the company plans to open this year in Woodland Hills. The company has confirmed that it will open that store in Los Angeles in 2020, though there is currently no word on how the store will be branded.